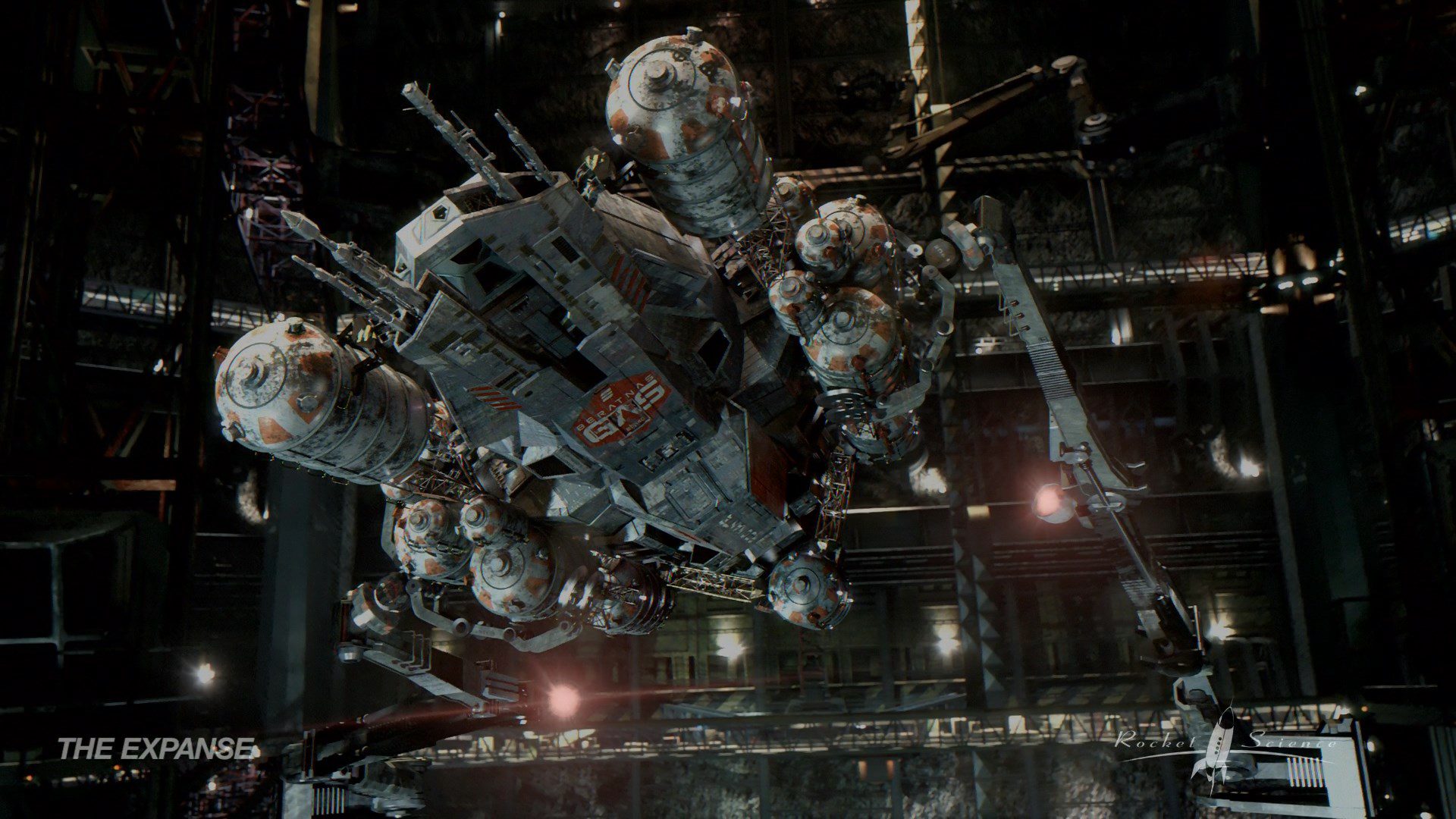 Rocket Science VFX is very excited to be a key part of the VFX team bringing Alcon Entertainment’s “The Expanse” to life.  The massive space opera television series, which will air on Syfy later this year, is based upon the works of science fiction author James S. A. Corey, particularly “Leviathan Wakes”.

True to it’s name, Rocket Science is responsible for the CG build, animation, realistic rendering, and compositing of the key spacecraft in the series, the Tachi/Rocinante, the Canterbury, Tycho Station, and the Nauvoo for hundreds of shots throughout the 10 part series.