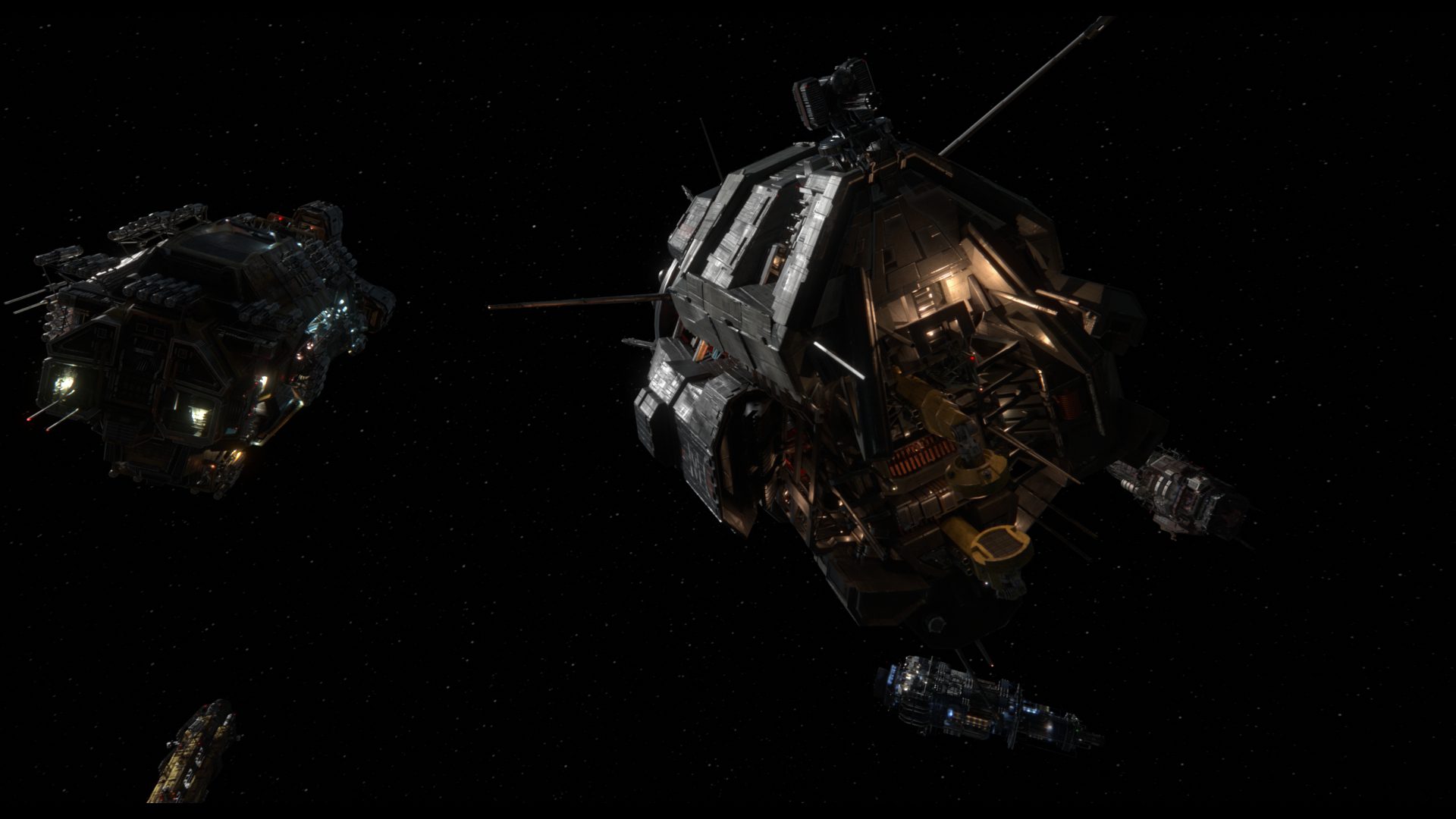 Learn how Rocket Science VFX scales for episodic TV in this fantastic case study with Shotgun. 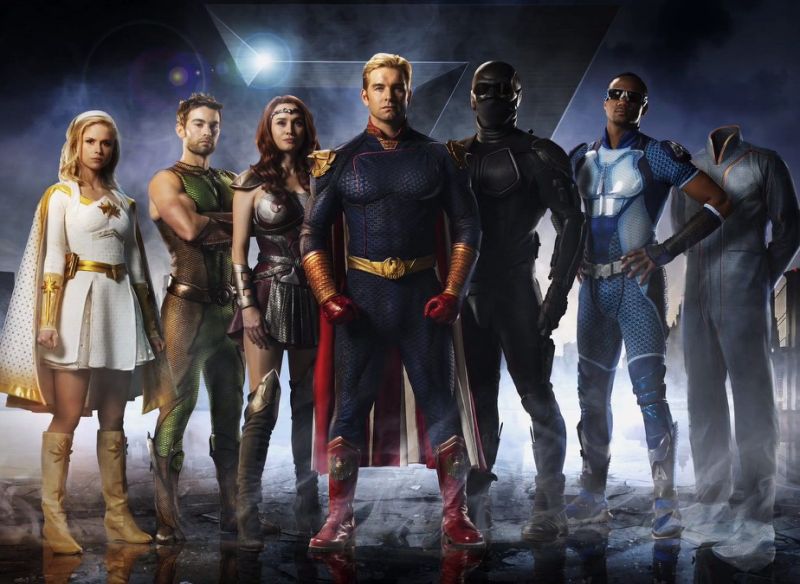 Amazon recently announced that its killer show The Boys is renewed for a 3rd season.

With season 2 still on the way, fans were thrilled to find out this unexpected news.

To read more about season 3 click on the link: https://bit.ly/32ZYmXu

Viewers can catch season 1 of The Boys on Amazon Prime, today. 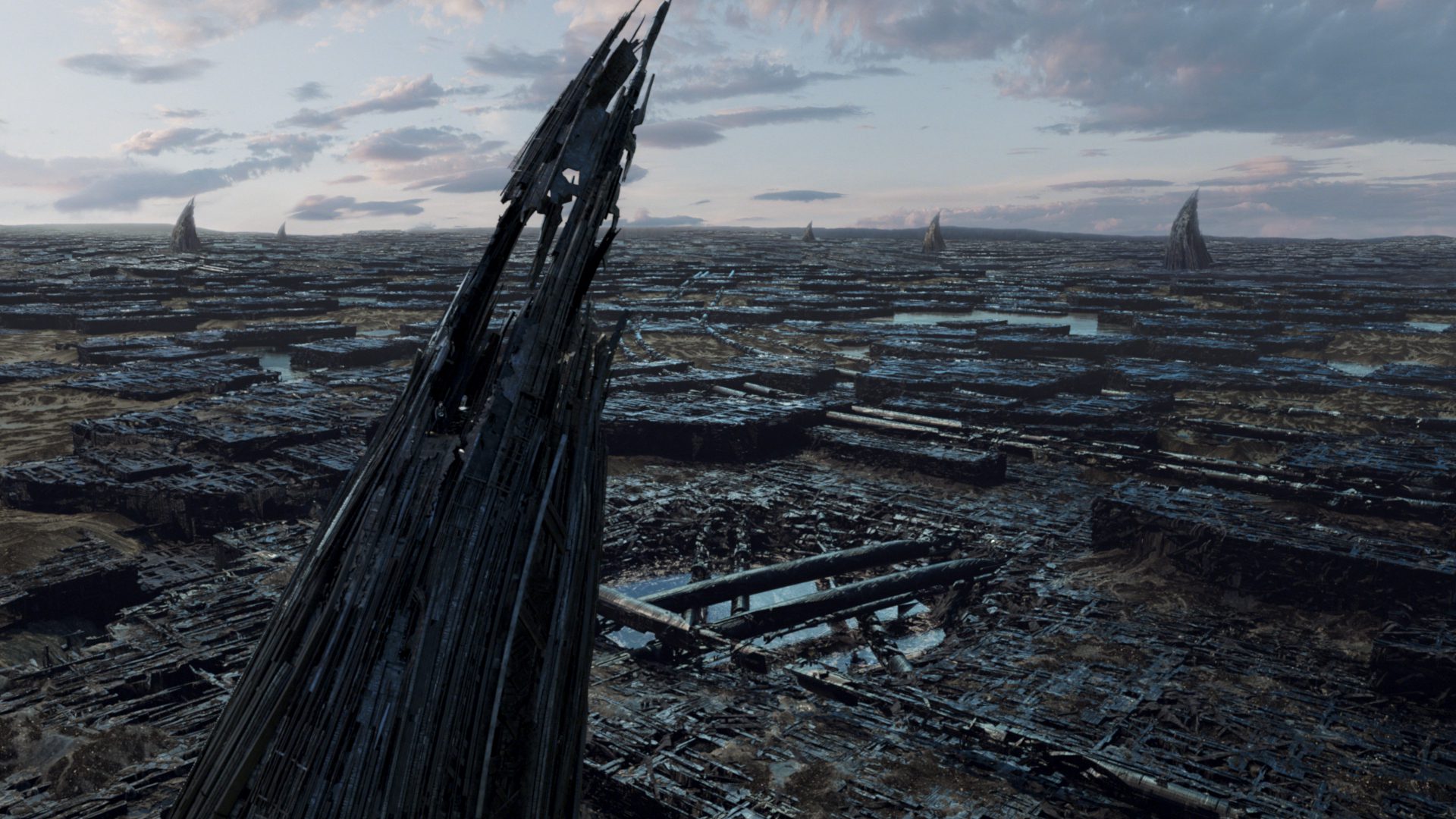 Rocket Science is in the news this week with a great piece featured in Animation World Network!

Click on the link below to find out how Rocket Science scales up to meet the increasing demands of episodic television while keeping our artists connected and engaged during production. 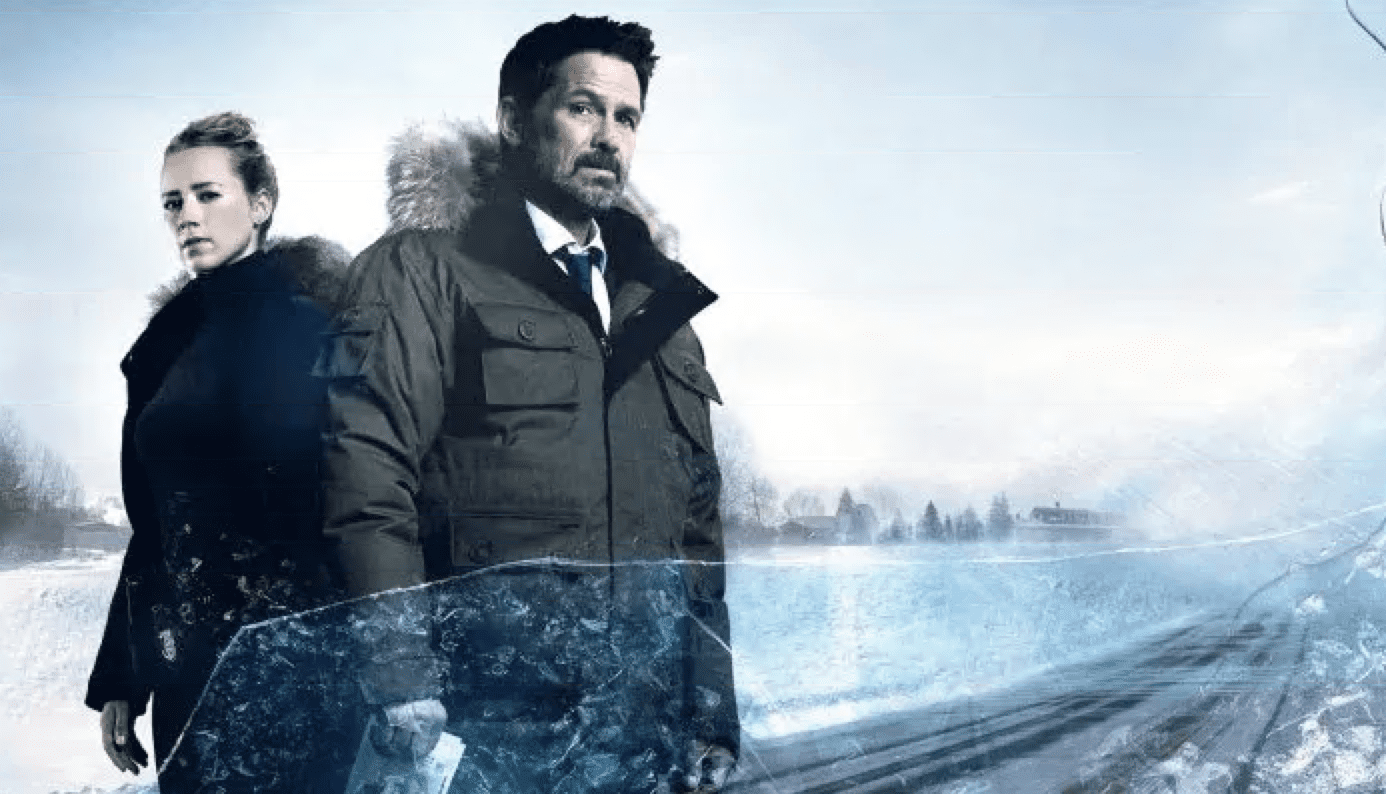 As a string of grizzly murders continue to rip through Algonquin Bay, Cardinal and Delorme’s investigative skills are put to the test while their working relationship continues to deepen and evolve.

With over 198 shots completed by RSVFX for season 4 alone, our artists and producers are thrilled to have played a role in bringing author Giles Blunt’s critically acclaimed novel adaptation to audiences across the country.

Click on the link to watch  “Robert “ the first episode from season 4.  https://bit.ly/39UDlgv 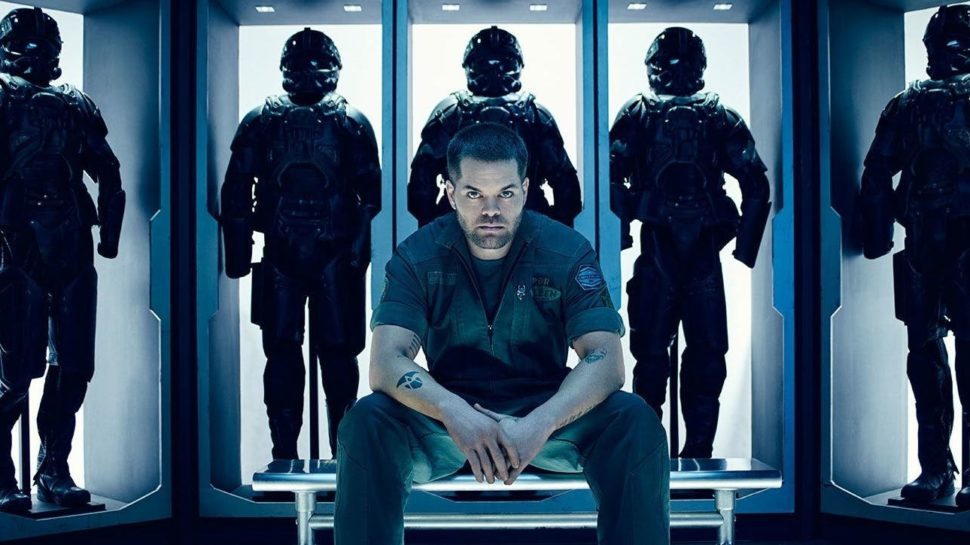 The latest trailer for the highly anticipated fourth season of The Expanse has been released!

Watch to see the Rocinante crew gear up for their biggest mission yet, as the team ventures beyond the Ring Gate into the unknown. RSVFX is delighted to see many of our fantastic VFX shots featured in this riveting trailer for the Amazon Original!

The 4th season of The Expanse is set to premiere December 13th on Amazon Prime. 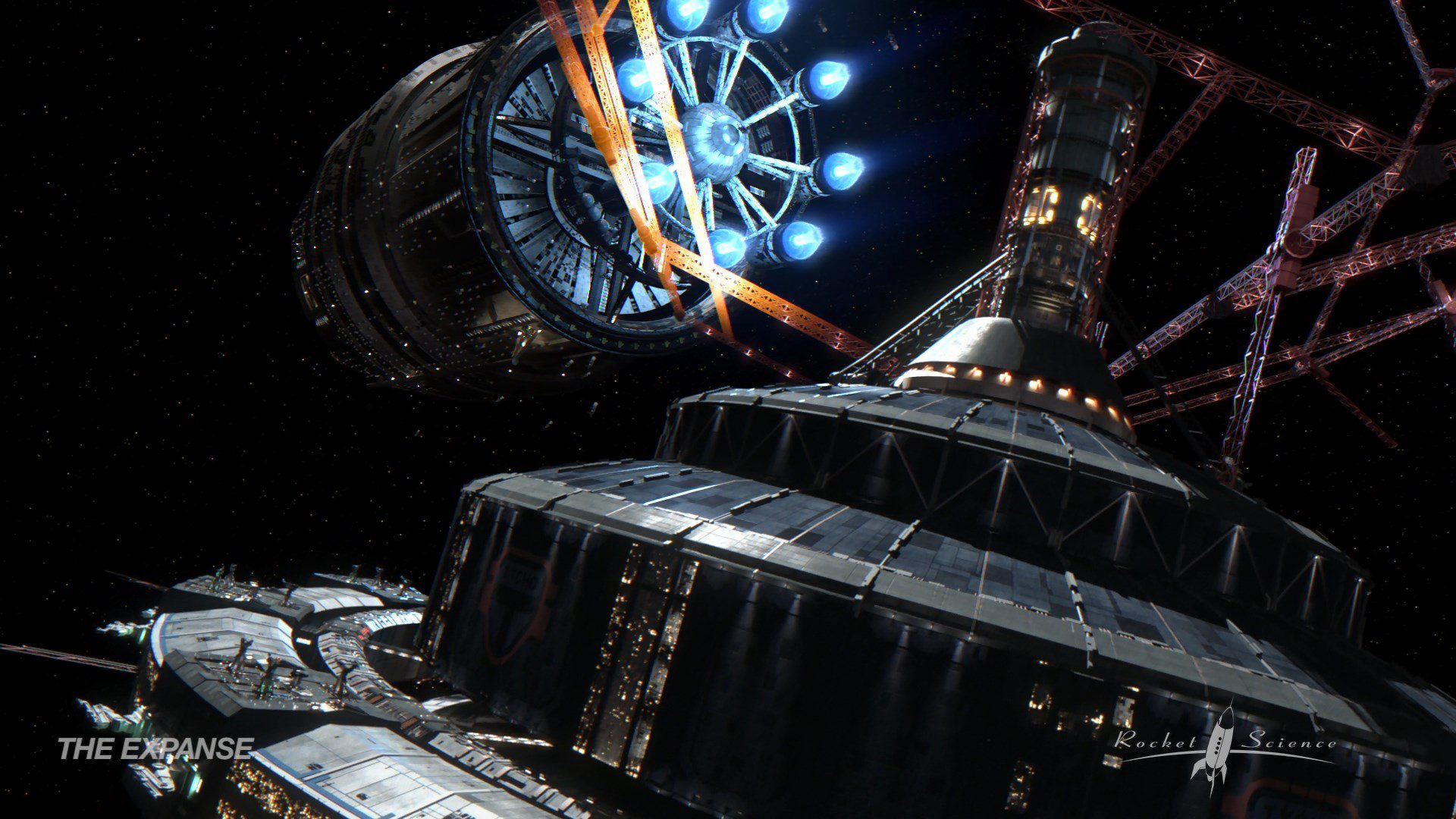 Rocket Science VFX was recently featured in the popular visual effects publisher CG Society for our work on season 4 of The Expanse.

The article dives into the complex visual effects sequences RSVFX created as the main vendor for this season. It also touches on how Amazon’s web services helped to meet the demands of bigger projects like “Into The Badlands”, “The Boys” and “Hannibal” to name a few.

Click on the link to read the full article: https://bit.ly/2KAGx7K 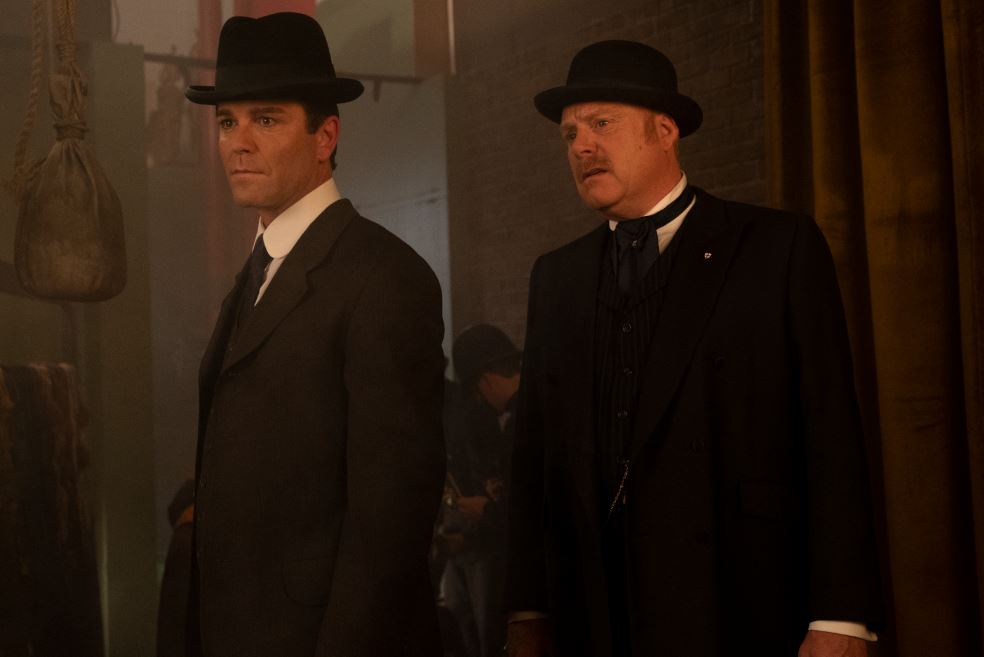 One of Rocket Science’s long term partners, “Murdoch Mysteries,” is set to premiere its brand new season on September 16th at 8 pm ET/8:30 pm NT on CBC. RSVFX is happy to be working again on this 1-hour crime drama, having delivered a wide spectrum of key shots and sequences for past seasons.

Set during the 1900s in Toronto Ontario, audiences follow Detective William Murdoch and his wife Dr. Julia Ogden, as they solve a string of murders throughout the city.

Click on this link to learn everything you need to know about the upcoming season: https://bit.ly/2mcaKjw 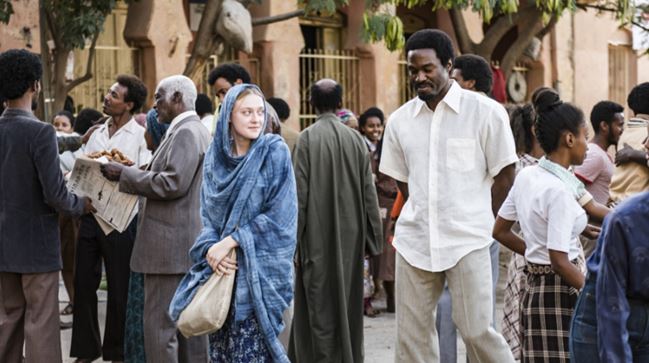 The very first clip for the book adaptation “Sweetness in the Belly” is out now, only days ahead of its worldwide premiere at the 2019 Toronto International Film Festival.

Based on author Camilla Gibb’s 2005 best-selling novel, this Toronto based drama stars Dakota Fanning, an orphan who works to reunite refugees with their families while also hoping to rekindle long lost love with the idealistic Doctor Aziz.

Rocket Science VFX played a significant role in bringing director, Zeresenay Mehari, vision to screen and can’t wait for viewers to watch it on September 7th at Scotiabank Theatre. For more information about the movie and how to buy tickets, click on this link: https://bit.ly/2lBIFCc 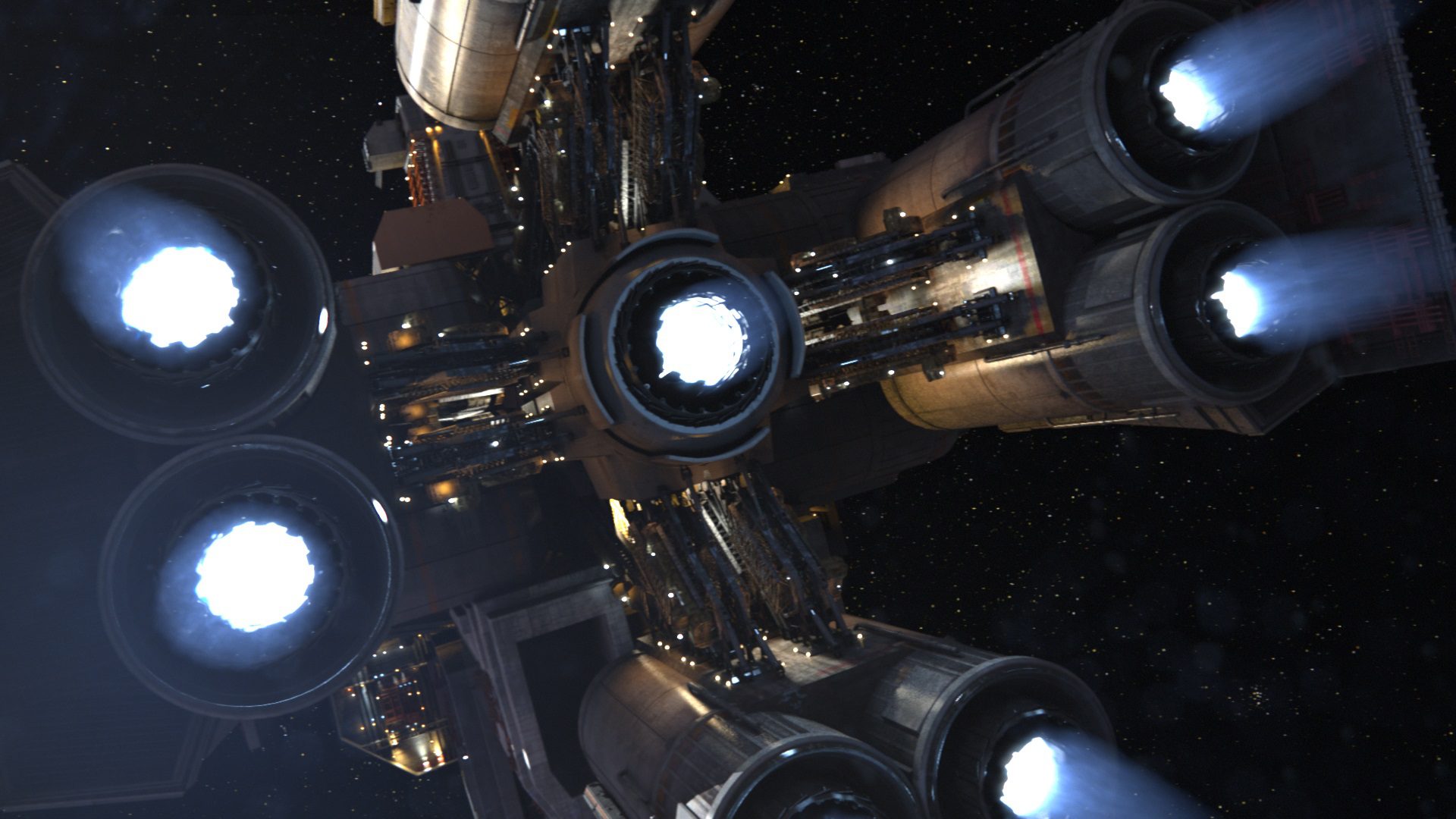 Only a month after attending Montreal’s Effects America Conference, Rocket Science VFX will be presenting at Siggraph 2019 in Los Angeles.

RSVFX Operations Director Graham Peddie will share how medium-sized companies can leverage technology to adapt and compete with the best the VFX industry has to offer!

To learn more about the future of computer graphics, animation and emerging technologies, join Graham on these dates and times for each event below. 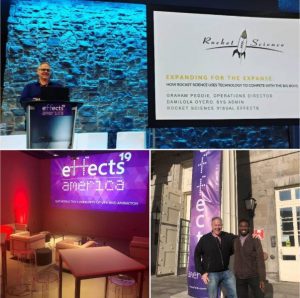 Expanding for The Expanse:  How Rocket Science uses Technology to Compete with the Big Boys 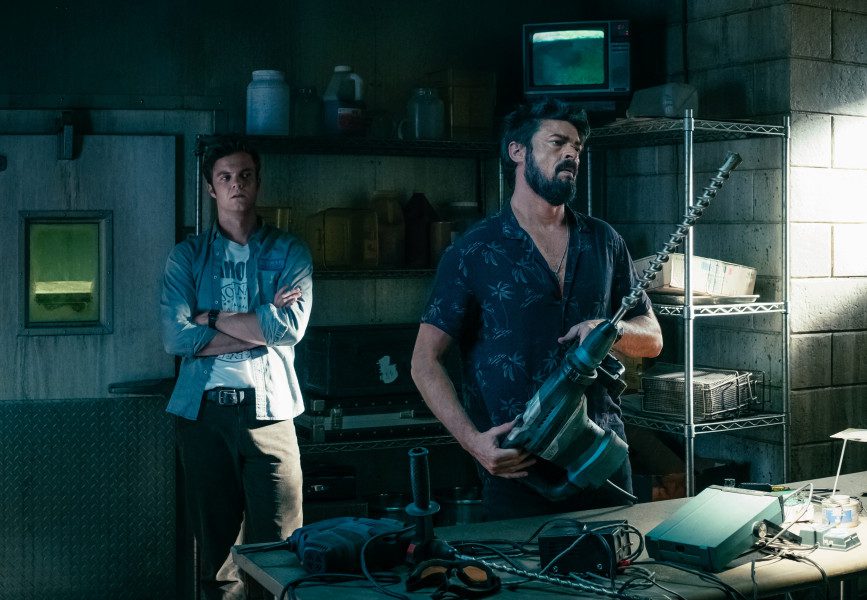